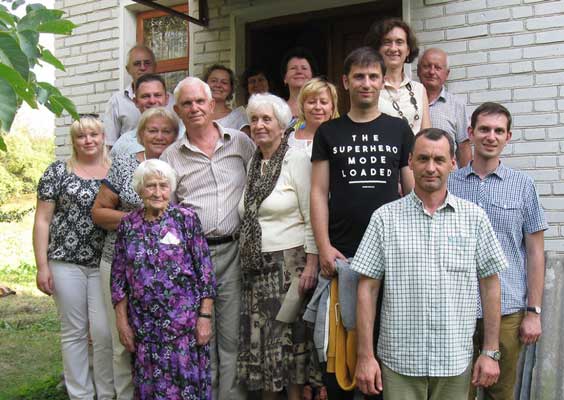 Poland Genealogy and Heritage Tours
Private escorted tour of Poland….take a Polish tour with us today!

Ask us about a custom heritage tour of Poland including general sightseeing such as a Warsaw tour, Kraków tour, Wrocław tour, Poznań tour, Gdańsk tour, Zakopane tour, Toruń tour and any village, town or experience in between. Take a Poland genealogy tour and walk in the footsteps of your ancestors, see your heritage come to life and get a taste of present day Poland.

Poland EagletExplore Poland; a country that like the fabled Phoenix, has risen from the ashes time and time again. Each corner of the country has something unique to offer from its castles at almost every turn, to the sandy beaches of the Baltic Coast. Warsaw offers a high tech mix of the new coupled with the remains of the old. New world cuisine, café culture and clubs that rock until the wee hours of the night are not hard to find while the beautifully reconstructed Old Town with its imposing Royal Castle lies snugly at its center. If you’re in the mood to escape the fast pace of the city, take a leisurely tour of nearby Lazienki Palace, better known as the “palace on the water”. This magnificent VIII century structure and its surrounding parks offer a serene retreat from life in busy Warsaw.

wycinankiKraków on the other hand is referred to as the “Jewel of Poland” and is reminiscent of its majestic beginnings. Kraków was intentionally left mostly unharmed and intact during WW 2 as even Hitler could not bear to destroy such a beautiful city. From its enchanting medieval center to the famous Wawel Hill, Kraków is a sight to behold and to prove it, the entire old town was declared a UNESCO World Heritage site in 1978. In the town of Wieliczka, you can visit a complete cathedral carved out of salt. Let us take you to these Salt Mines just outside of Kraków to behold this truly unique achievement. Czestochowa, known for its famous “Black Madonna” is a world renowned pilgrimage and would make for a wonderful day trip from Kraków as well.

Torun ancestry toursTravel across the Polish Northern expanse and you’ll come upon a host of Gothic castles, such as a magnificant example at Malbork (the last remnant of the once powerful Teutonic Knights) or go even further back in time in the small town of Biskupin (en route to Poznań). This location houses the remains of a 2,500 year old Iron Age fortified settlement inhabited by people of the Lusatian culture. Visit the country’s southeastern span and ride horseback through the forests and breathtaking county side of the Lublin and Mazovia region. Take in the ruins of brick built castles or visit Roztocze and Zamość that are widely described as the “pearl of the Renaissance”. Just a stone’s throw away is Kazimierz Dolny, known as an enchanting little town and a favorite holiday resort of poets and painters. See Gdańsk, a city distinguished by beautiful buildings and a history that stretches back more than 1,000 years. Attractively set between the Baltic coast and multiple wooded hills, Gdańsk is one of the finest cities in Europe. Gdańsk, coupled with the neighboring costal resort of Sopot along with the port of Gdynia form the enthralling “Trojmiasto” or Tri-City of the north. Do you have a penchant for nature? How about a jaunt south to the remarkable Tatra Mountains in Zakopane? Admire the scenery from a window of one of the many UNESCO world heritage wooden structures in the area or from a cable car gliding to the summit of Mt. Kasprowy Wierch. For the shopper in you, there are many opportunities to be had on the famous Krupowki street. Try some leather Kierpce (traditional highland moccasins) on for size or sample some bryndza and oscypek (regional cheeses made from sheep’s milk)

Jewish heritage tours PolandFinally, paired with all its amazing charms, one cannot forget Poland’s sadder place in history. Bear witness to concentration camps such as Auschwitz/Birkenau, along with derelict Jewish cemeteries, and dark political prisons. These sights speak to everyone no matter your religious background, but if you are of the Jewish faith, our custom tours can take you to some of the most unique locations that Poland has to offer including: Rozwadów (an important Shtetl and prior administration district for Jastkowice) and Leżajsk which was once home to a Hassidic center established in the XVIII century. Leżajsk is currently a place of pilgrimage for many Jews and is considered a holy site where wishes are granted through the greatness of the Tsaddik or “righteous man”. Following its founding in the XIV century, Jews also settled in large numbers in Kazimierz Dolny, which is known for its picturesque landscapes and rich heritage of historic buildings. Their legacy is still visible in the form of the Silverware Museum that displays a collection of ritual objects, a local synagogue and cemetery and the former Lustig house (Kamienica Lustigowska) that belonged to a notable Jewish Mercantile dynasty. Inside, its beams display the only surviving original Hebrew inscription in town. Kraków itself highlights a number of sights important to Jewish history that include: Old Town, Kazimierez, Remuh cemetery (considered one of the best-surviving Renaissance Jewish graveyards in Europe), the Podgorze Quarter, Plaszow camp (most famous for Schlinder’s List), Schlinder’s factory and Wawel Hill.

These are just a few examples of what Poland has to offer. If you’re considering spending a holiday here, let us know and we’ll work with you to create the ideal itinerary at a rate you can afford. We don’t dictate what will be included in any tour, but rather we work hand-in-hand with our clients in order to outline the most perfect experience for each person or individual group. Want to see other sights in Poland inside or outside of the major cities or off the beaten path? If you dream it up, we can accommodate it.